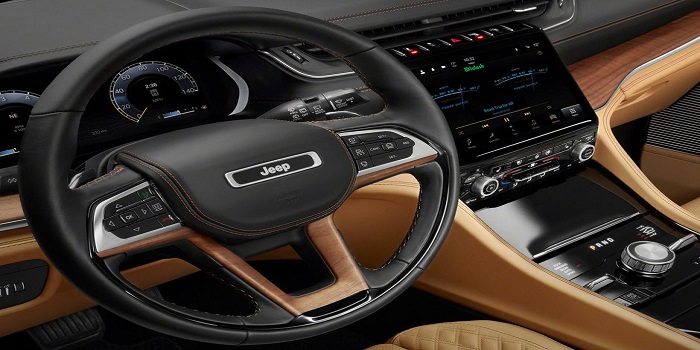 All of these vehicles utilize electric motors for propulsion and batteries to store power and it is this real-world production experience that Honda is bringing to its latest concept models. Honda’s FCX Clarity fuel cell electric vehicle uses a Lithium ion battery to store the energy from regenerative braking and Honda is currently enhancing its expertise in this area. Last-year a deal was signed with GS Yuasa to build a joint venture battery plant to produce Lithium ion battery packs for future Honda vehicles.

The EV-N is a battery electric vehicle study, which evokes the spirit of the diminutive 1967 N360 city car. Honda designers have incorporated Honda’s own solar panels in to the roof of the concept, to charge the car while it is parked. Two of Honda’s U3-X, electric personal mobility devices are attached to the inside of each door. The two-door Concept is envisioned with a Lithium ion battery pack, and small electric motor for predominantly urban use.

The EV-N concept’s four-seat interior makes use of the compact dimensions of the battery electric drivetrain, to maximise space and utility, without increasing the vehicles dimensions. The seats of the car have been produced in a mesh finish, which is both very light and easy to change, to make it easy to change the colour and style of the interior, quickly and easily. The interior has been designed in a deliberately minimal style, to reduce the weight of the vehicle, increasing range and performance. Subscribe for more info here at theproaudiowebblog.com

The 3R-C has a clear canopy that covers the driver’s seat while it is parked and not in use. When the three wheel vehicle is in motion, the canopy becomes an enveloping wind-shield that provides the pilot, who sits low in the chassis, with significant protection.

The high sides of the safety shell seat give greater safety to the occupant, reducing the threat from side impacts and improving weather protection. In front of the driver is a lockable boot area, which gives significant secure storage for luggage or other items. The 3R-C’s designers created a flexible cover that surrounds the upper torso to reduce exposure to bad weather and improving comfort.

The European version of the Honda CR-Z makes its debut at Geneva International Motor Show. The European version features a 2 2* cabin layout, bespoke LED accented headlights and is only available with a 6-speed manual gearbox. The CR-Z is a unique new car, combining the advantages of a clean, efficient petrol electric hybrid powertrain with a manual transmission and a stylish coupe body. This exciting new coupe will change current perceptions of hybrids, with its engaging chassis and responsive IMA hybrid system.

The CR-Z‘s exterior styling is formed around a “one-motion wedge” concept with a low bonnet line and wide stance giving the car a confident, athletic look. Signature Honda design features, such as the split level rear glass hatch and aerodynamic, shallow raked roofline have been referenced in the design of the sleek coupe and then combined with a curvaceous and deeply sculpted exterior form.

The overall power output of the engine and IMA system is 124 PS and a healthy 174 Nm of torque. The peak torque figure is identical to that of the 1.8-liter Civic and arrives at just 1500 rpm, a level where previously only turbocharged engines deliver their maximum. Even with torque levels directly comparable with a Civic, the CR-Z emits 35 g/km** less CO2 than its conventionally powered cousin. Other harmful exhaust emissions are also very low and the Nickel Metal Hydride battery pack can be recycled through Honda dealers, at the end of the vehicle’s life.

For the first time, a fuel efficient, low emission parallel hybrid system is combined with an ultra precise 6-speed manual gearbox. The manual gearbox is a core part of the driver engagement Honda’s engineers wanted to bring to the CR-Z model. The flexibility of Honda’s unique IMA parallel hybrid system allows it to be used with a range of transmissions, not just CVT-based gearboxes.

The manual transmission is complemented by a 1.5-liter 4-cylinder engine, which is new to Europe and is a key component in the CR-Z’s unique character. This powerful, yet efficient engine is based on the engine found in the Brazilian version of the Jazz. The eager to rev nature of the medium capacity engine, is enhanced by the additional 78 Nm of torque provided by the 14 PS electric motor, which is situated between the engine and transmission. The electric motor boosts torque at low and medium revs, which gives the CR-Z in-gear flexibility more usually associated with turbocharged engines.

To maximize driver choice and enhance the day to day driveability of the car, the CR-Z is fitted with a 3-Mode Drive System. This unique feature allows the driver to choose between three driving modes, which alter the responses of the throttle, steering, idle stop timing, climate control and the level of assistance provided by the IMA system. In developing this new facility, Honda allows the driver to adapt the car’s settings to enjoy their favourite road, maximise economy, or strike a balance between the two.

Sport buttons have become commonplace, usually offering a sharper throttle response, but Honda’s 3-Mode Drive System is different. The new system alters the behaviour of the hybrid drivetrain and the power steering assistance as well as the throttle mapping between the three modes.

When the CR-Z driver is away from the town or city and wanting to enjoy the open road, they can put the car into SPORT mode. This sharpens the throttle response, changes the behaviour of the IMA hybrid system to provide more electric motor assistance and increases the weight of the electric power steering.

Honda recognizes that even the most enthusiastic driver may regularly experience heavy traffic, where maximizing fuel economy is more desirable than the perfect line through a corner. In these situations ECON mode can be selected, which prioritises fuel economy in the operation of the drive-by-wire throttle, ECU, air conditioning and the hybrid system. For those times when spirited driving is not possible or desirable, the Eco Assist function, in conjunction with the ECON mode, allows the driver to enjoy beating their best economy score on the way to work, or in heavy traffic.

At all other times the car can be run in NORMAL mode, which provides a balance between performance, economy and emissions and suits most driving situations.

Careful consideration was given to exhaust design to ensure that as well as being efficient, the CR-Z is a car that encourages the enthusiastic driver and sounds quite unlike any previous compact hybrid. Other components including engine mounts and sound deadening were tuned to ensure that the sporting elements of the exhaust were heard by the driver, but less desirable noises often associated with sports exhausts were attenuated.

The exterior design of CR-Z deliberately evokes the iconic style of the 1980s CR-X, which was originally developed to provide a small, stylish car that could achieve spectacular economy. Signature features of the CR-X, like the split level rear glass hatch and low shallow raked roofline have been referenced in the design of the sleek coupe and then combined with a curvaceous and deeply sculpted exterior form.

The shallow raked roofline and sharply truncated tail of the CR-Z is a key Honda design feature shared with many models past and present. All of these cars have been designed to cut through the air with minimal disturbance, reducing drag to lower fuel consumption and emissions. The CR-Z’s blue tinted headlights are accented with LED daytime running lights, positioned in the lower section of the front lights. This is the first time LED daytime running lights have been applied to the front of any production Honda car and help to emphasize the wide sporting stance of the new hybrid coupe.

The interior of the production car has been developed from the 2007 Tokyo Motor Show CR-Z Concept, with its 3D displays and driver focussed cabin. The high-technology instrument binnacle places all of the commonly used controls close to the driver’s hands, allowing full concentration on driving at all times.

The dashboard of the new coupe has a complex two-level construction, with a dark upper portion appearing to float above a light grey lower dash section, which continues into the center of the inner door panels.

The stylish interior has a 2 2* layout, opening up the possibility of carrying smaller adults for short distances or children on longer journeys. The one-touch motion folding rear seats open up a flat floored cargo area, that gives a surprising 400 liters of cargo space, comparable to a C-segment hatchback. The flexible luggage area also has an under-boot area of 19 liters to stow additional cargo, or store items out of sight.

The chassis was an important factor in the development of the new car, with driver enjoyment being a core part of the design brief. The platform shares some components with the Jazz and Insight models, but the wheelbase, track width and set-up are all unique to the new hybrid. Overall the CR-Z has a 115 mm shorter wheelbase and is 295 mm shorter in overall length than the Insight, enhancing agility and reducing kerb weight by 44 kg compared to its 5-door, five-seat, family car cousin.

The CR-Z suspension features unique, spring and damper settings and the tolerances are also unique. One of the major detail changes is the adoption of a forged aluminium lower arm in the MacPherson strut front suspension to replace the Insight’s pressed steel items. This reduces weight of each wishbone by 4 kg and also increases strength to cope with the wider track width and tyres.